Beyond the phone: Rethinking your everyday distractions 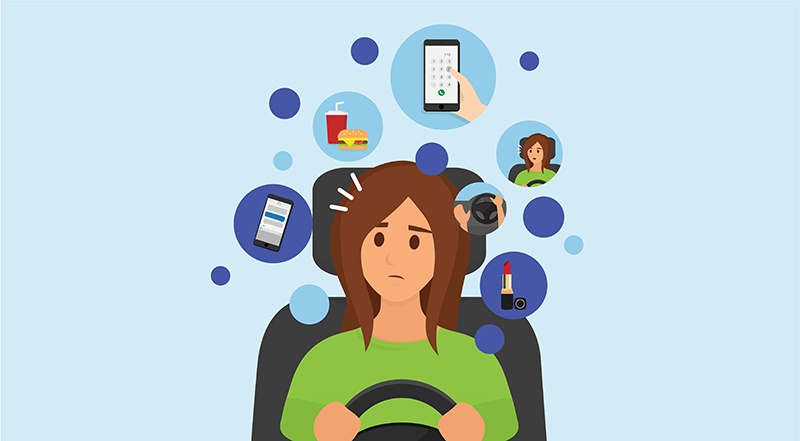 You are driving along the freeway at midday. The traffic is light and, for what seems like the first time in weeks, you are able to travel at the 100km/h speed limit. You hear your mobile phone beep; a text has come in. You quickly weigh up the pros and cons of taking a quick peek. Hmmm… better not, I’m travelling fast and I’m only 5 minutes from home, it can wait.

There has been a lot of information provided to the driving public about the dangers of using technology, and particularly mobile phones, behind the wheel. We know it’s dangerous and we know (for the most part) it is illegal. That doesn’t always stop us engaging, but that’s another story!

But what about other non-driving tasks? The everyday, non-technology tasks that we perform over and over without thinking, they are OK right? 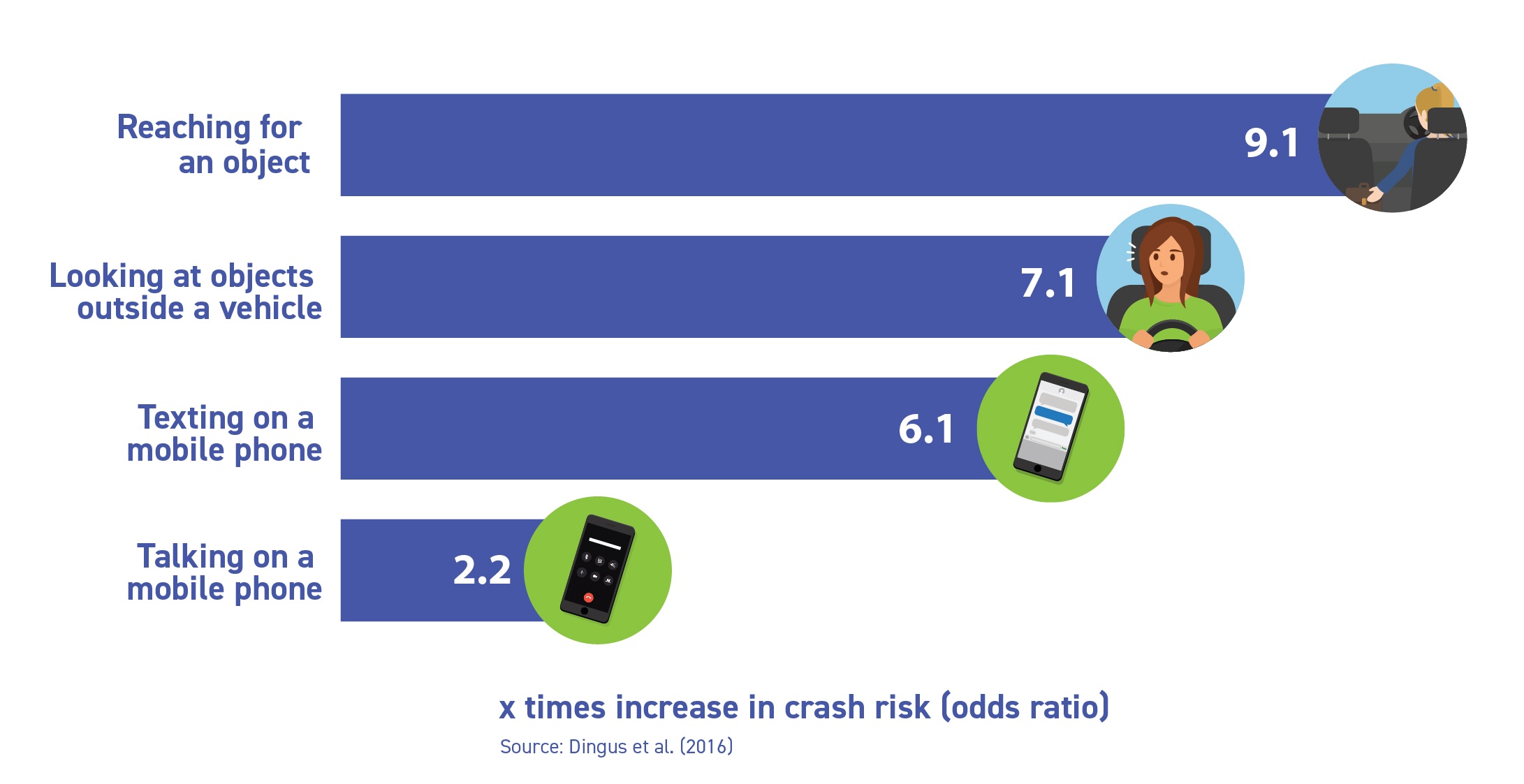 Well, it actually depends on the task – some everyday tasks are just as risky, if not riskier, than certain phone tasks. Take reaching for an object, for example. Most drivers would probably not think twice about leaning over to grab a drink or stop their bag from slipping off the passenger seat. But reaching for a moving object while driving can increase your risk of being involved in a crash by 9 times! This is higher than the risk of talking (2.2 higher odds of crash) or even texting on a hand-held phone (6.1 higher odds of crash)[1]. Looking at objects outside the vehicle, eating and drinking and applying makeup are other, everyday tasks that have also been found to increase the risk of a crash beyond that of normal driving[2].

So, if these everyday tasks are so risky, why do we keep doing them?

Many drivers will simply not be aware of the dangers that these tasks pose. But they are also likely to be tasks that we have performed hundreds of times before without any negative consequences to our or others’ safety, so we become complacent about the risks.

The problem with this line of thinking is that driving is dynamic – the demands it imposes on drivers and the tasks we perform are constantly changing. It is also unpredictable – you never know if a child or animal will step onto the roadway or if the car in front will suddenly brake. This means that a non-driving task that is performed on one trip without affecting driving, could have catastrophic consequences if performed during another trip. The risk of a crash increases when there is a temporal overlap between the driver engaging in the non-driving task and an increase in the demands of driving. In such cases, the level of attention demanded by the roadway can exceed the amount of attention that the driver is devoting to it, placing them at greater risk of a distraction-related incident.

The key point here is that it doesn’t really matter what non-driving task the driver is performing. Any task can increase your risk of crashing if performed at an inopportune moment. Tasks that take your eyes off the roadway for more than two seconds are particularly risky, regardless of whether they involve technology or are a seemingly innocuous everyday task that you have performed a hundred times before.

Every time you think about engaging in a non-driving task, regardless of whether it is technology-based or not, ask yourself: is it worth the risk?