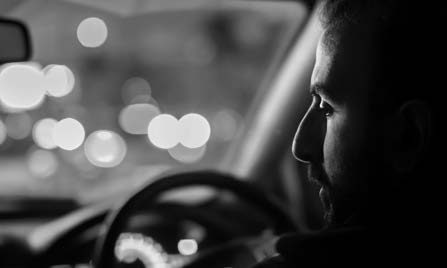 The Following Article Was Taken From The Media Release: Re:act launches in WA to reduce road trauma among young Australians.

The Re:act road safety behaviour change program has taken a major step to becoming a truly national program, with the initiative launching in WA at Curtin University today.

The Re:act 2021 topic is drowsy driving.

Re:act is also running in the TAFE sector this year, launching with graphic design students at North Metropolitan TAFE in Perth today, with TAFE campuses across Australia to run the program from next month. Re:act TAFE involves apprentices and their employers to extend the focus of Re:act to also include workplace safety.

Re:act founder Andrew Hardwick said the growth of the program to a national level demonstrated the value of its objectives: to give young Australians a voice in road safety, and to utilise peer-to-peer communication to engage young road users with safety messages. It was also testament to the sustained commitment of the higher education sector and government, industry, and road and workplace safety agency partners.

“Re:act demonstrates the potential for behaviour change through addressing the gap in young road users’ awareness of road safety risks by educating and engaging them with safety messages developed by their peers,” Andrew Hardwick said.

“With the program growing to include hundreds of university and TAFE students across almost all Australian states, Re:act is set to build on 2021’s unprecedented results where more than 5 million Australians witnessed road safety campaigns produced by participating students on oOh!media assets.”

Daniel Santos, from national program partner Telstra, said the organisation has been a major supporter “of this very important behaviour change program”.

“It has been very encouraging to see the positive mindset shift and passion shown by the students actively involved in the Re:act program, as it is very important that we take these young people on the road safety journey,” he added.

“One of Telstra’s core values is ‘show you care’ and safety is paramount for our workers and members of the public as we have a high volume of operational vehicles interacting on public roadways. Driver and vehicle safety has a high focus in Telstra, and Telstra uses Re:act program resources to increase road safety awareness across the business.

“Telstra supports the tireless work of Re:act in the ongoing improvement of road safety for young drivers. There is a significant opportunity to grow the program and engage with students nationally as they move from being pedestrians or cyclists to driving vehicles.”

An initiative of Hard Edge, the annual Re:act program challenges local tertiary students to create a behaviour change campaign that raises awareness among 18-25 year old road users of a critical road safety issue where they are overrepresented.

A panel of tertiary institution, road safety and industry partners selects the most compelling road safety campaign in each state, which is then developed and launched on university or TAFE campuses and oOh!media’s digital assets, including its landmark billboards.

Now in its sixth year, Re:act ran in 2020 in Melbourne with Swinburne, UTS in Sydney and, for the first time, Brisbane, through QUT. The program also expanded internationally into London, at University of the Arts London. In 2021, the Re:act program will grow further in Australia, running in Perth for the first time with Curtin University and expanding to include TAFE campuses across Australia, and there are further plans for international expansion into Europe and South America.