Red-light runners generate more than $1.5 million in fines in ACT 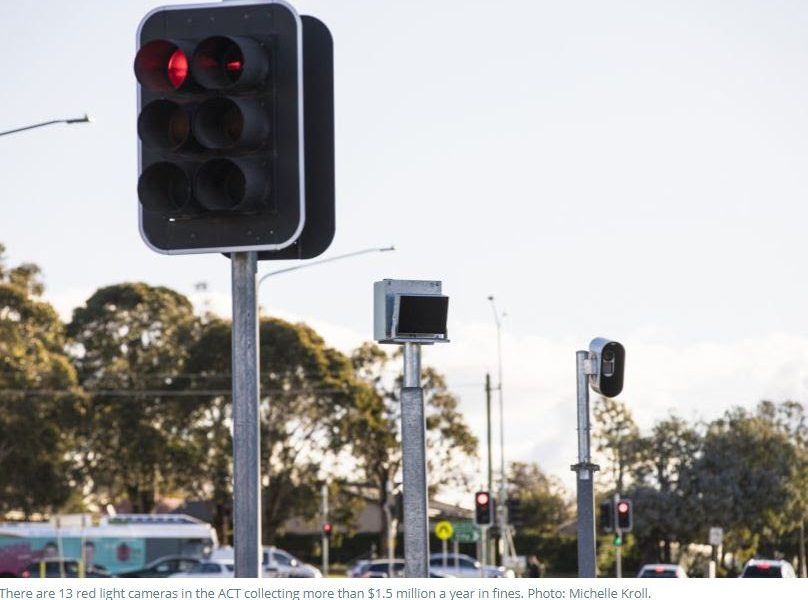 The intersection at Northbourne Avenue and London Circuit accounted for more than 40 per cent of fines (1450 fines), almost double the number caught running the red light at the intersection of Canberra Avenue, Captain Cook Crescent and Manuka Circle (805 fines).

The fine for not stopping for a red light is $451 and the loss of three demerit points, meaning Northbourne Avenue-London Circuit intersection generated more than $650,000 of revenue in fines last year.  The intersection at Barry Drive and Marcus Clarke Street accounted for 261 fines for drivers.

There are 13 red-light cameras in the ACT.

ACT Policing’s officer-in-charge of traffic operations Detective Station Sergeant Marcus Boorman said every one of the offences could have resulted in catastrophic injuries.  “From a road safety perspective, it is disappointing that, on average, more than 11 drivers a day last year were caught ignoring red lights,” said Detective Station Sergeant Boorman, adding that ACT Policing’s traffic focus for May is drivers not obeying red lights at intersections.

“Every time a driver fails to stop for a red light there is the real chance they will collide with a pedestrian or vehicle that has the green light. Red lights are not negotiable. You must stop for every red light – for your own safety and that of all other road users.  My message is simple. Do not risk it. Pay attention when driving, be prepared for lights to change and stop every time for the red,” Detective Station Sergeant Boorman said.