The annual Re:act program challenges university students to create a behaviour change campaign that raises awareness among 18-25 year old road users of a critical road safety issue where they are over-represented. The Re:act 2020 topic is distraction.

An initiative of creative behaviour change agency Hard Edge, Re:act, now in its fifth year, is running for the first time in Brisbane in 2020, through QUT, and in Melbourne with Swinburne University and UTS in Sydney. The program has also expanded internationally this year into London, at University of the Arts London (UAL).

QUT students Kate Walters, Paulus Pearce, Mea Clifford and Macey Robinson-Stewart devised the selected campaign for Re:act 2020 in Brisbane, ‘Where’s your sense?’. It features mobile phone-focused pedestrians and bicycle riders in dangerous situations, such as a bicycle rider oblivious to the multiple lanes of traffic he is crossing.

Campaigns rounding out the top three in Brisbane were ‘Earn your seat’, which showed that passengers share responsibility for the safety of other vehicle occupants and road users, and ‘Shift your senses’, which created the likeable character of ‘Bill’ to personalise road safety issues for the target audience.

Re:act founder and CEO Andrew Hardwick said students’ concepts for Brisbane 2020 showed fantastic in-depth research and insights to inform their campaigns. The quality and creativity of the students’ research and ideas was also praised by Re:act industry partners, who in Brisbane included Telstra, IAG, Rio Tinto, Transurban, CARRS-Q and Transport and Main Roads, who described them as ‘impressive’, ‘creative’, ‘excellent’ and ‘quite extraordinary’.

Feedback from program partners also reinforced the importance of Re:act’s ability to give students a ‘real-world’ experience, and to increase road safety awareness among a group of road users over-represented in road trauma but hard to reach and engage with road safety messages.

With funding from the Re:act program, the students behind each selected campaign will work with the support of Hard Edge to launch their campaigns on their respective university campuses. Re:act media partner, oOh!media, is providing amazing support this year and will run the campaigns in each Australian city across hundreds of their digital assets, including its landmark billboards.

“Expanding Re:act into Brisbane this year represented several firsts for the program. It was for example the first time Re:act had been run with QUT, the first time advertising copywriting students had been involved, and the first time we had such a large group of students, with 65 second and third year students participating.

“It was exciting for us to take Re:act into Queensland, and the commitment and enthusiasm of the university and the industry partners was instrumental in the program expanding further in 2020 and delivering such successful outcomes.

“The research the students produced was impressive and their ideas and messaging revealing and insightful. Visually the selected campaign, ‘Where’s your sense?’, captures your attention immediately and its succinct and creative messaging clearly cuts through to the point, jolting the target audience out of its distracted behaviour through self-awareness.” 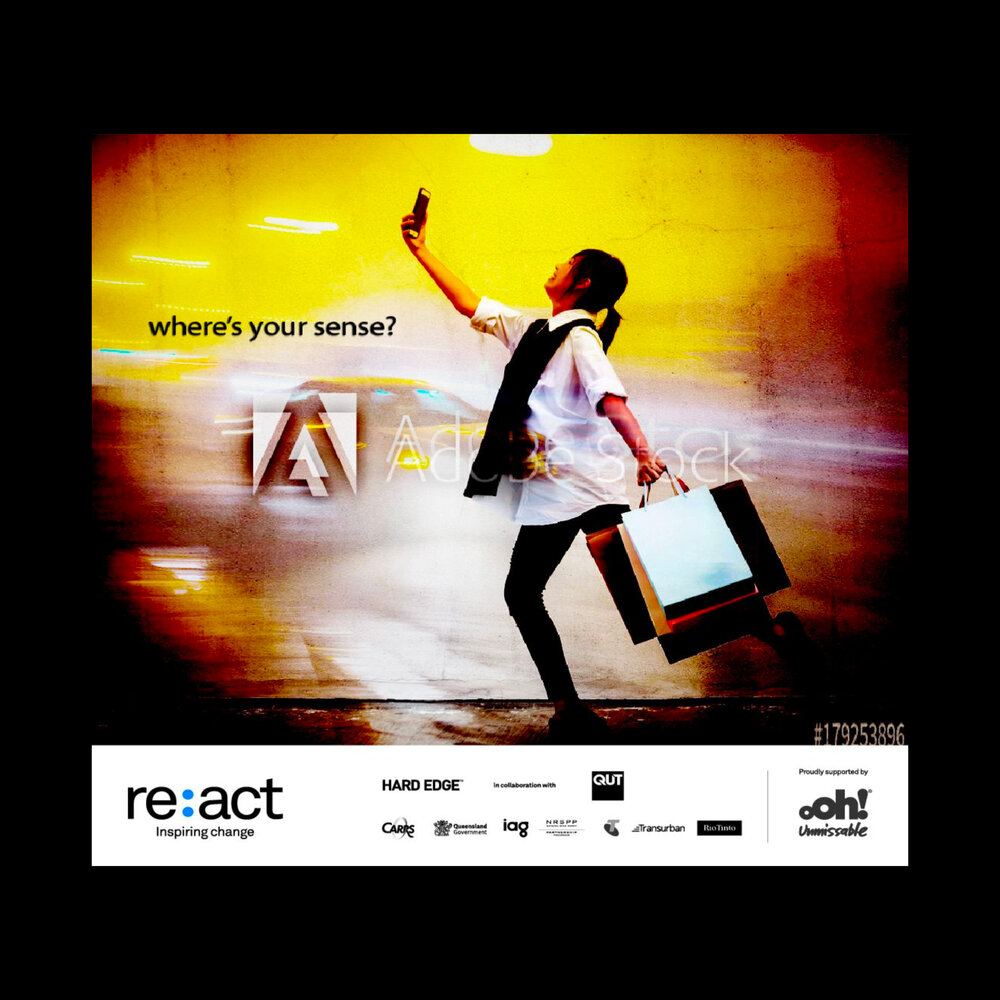 “From our research, we found a lot of campaigns in the past focused on the Stop. Look. Listen. Think. rule. A lot of people do stop, they do look but they don’t listen because they have earphones in and, for the target audience of 18-25 year olds, one in three are on their smartphone all the time, even when they’re walking. So from there we came up with our concept, ‘Where’s your sense?’, based on their senses becoming impaired when they’re on their smartphone or wearing earphones.

“The Re:act program was really good, I thoroughly enjoyed it. A lot of campaigns in the past have also drawn on the fear factor. Re:act is a breath of fresh air in that it’s trying to pave a different way for how we reach the target audience through more positive messaging.

“For me personally I love to listen to music, and that can be quite distracting. The research backed up what I’d already been feeling, that I am in my own bubble when I’m listening to music and that is dangerous in a public setting, so Re:act raised my own personal awareness too.” 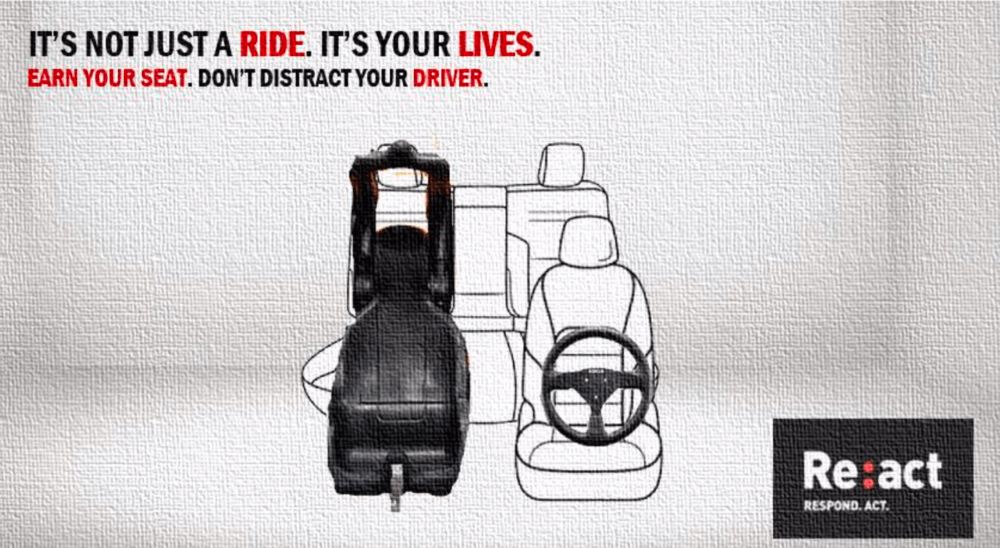 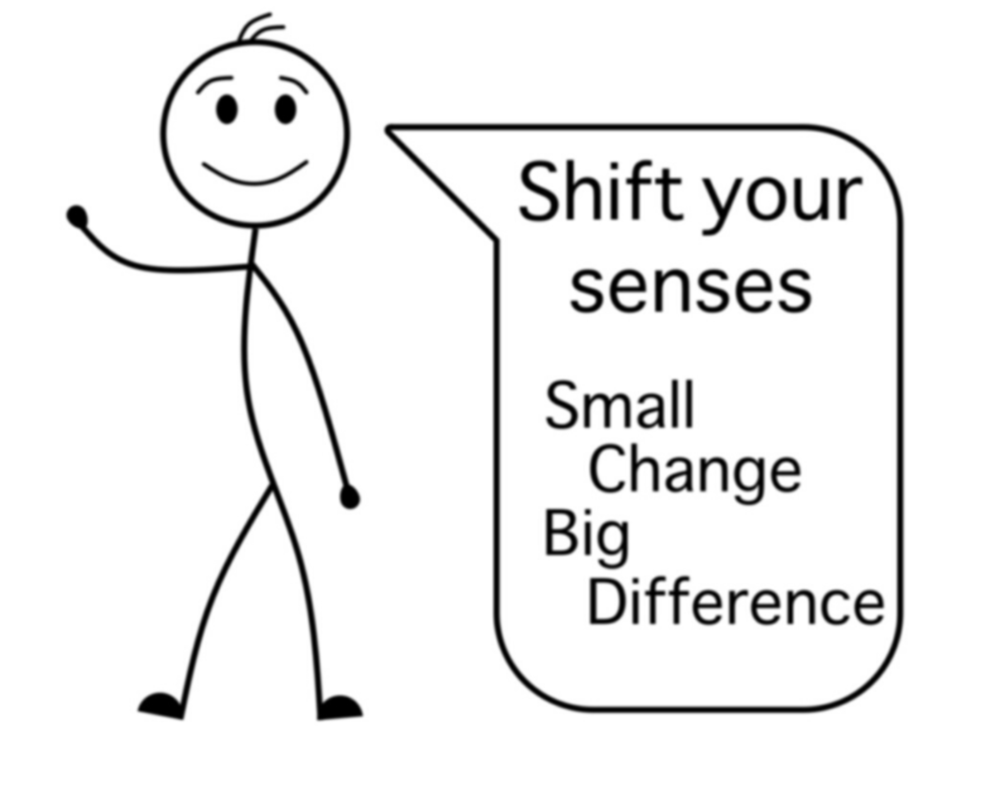