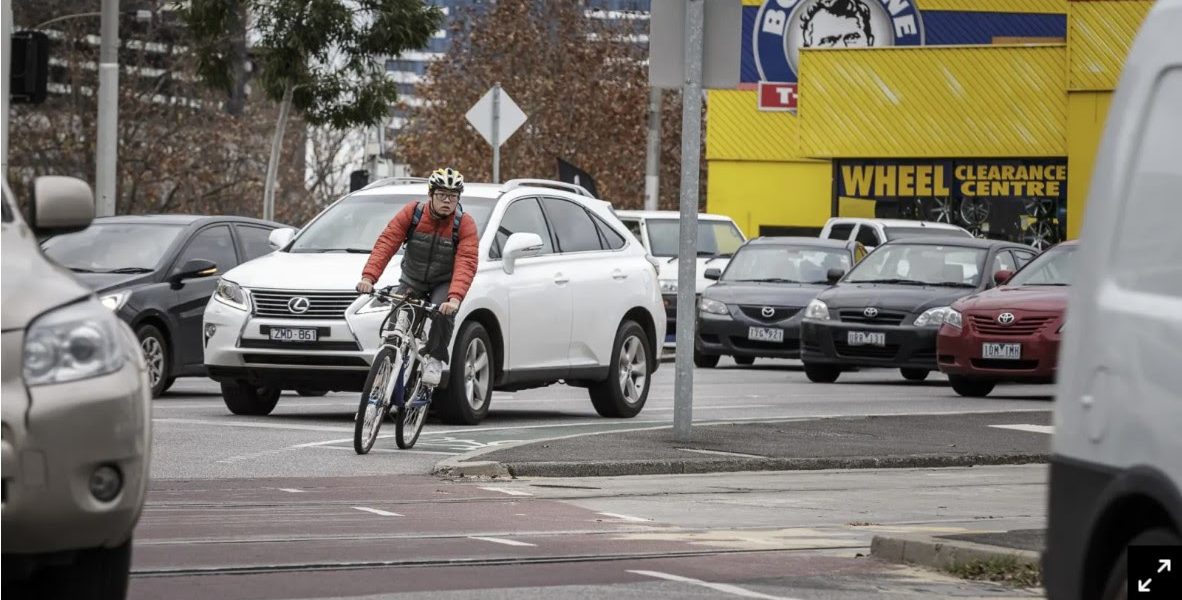 Melbourne’s CBD, St Kilda and Footscray are among the scariest suburbs to ride in, according to cyclists. Bike riders have been pinpointing Victoria’s most dangerous and safest spots for cycling using an online interactive survey that will inform local and state government road infrastructure policy.

More than 3000 cyclists have so far used the BikeSpot 2020 crowdsourcing map, developed by CrowdSpot with funding from cycle safety charity Amy Gillett Foundation, to highlight more than 8000 locations. There are 258 votes for dangerous spots in the CBD, with cyclists identifying unsafe or missing bicycle lanes and dangerous intersections as their top concerns.

The city centre is followed by St Kilda (96 votes), Footscray (93), South Yarra (82) and Brunswick (65). But the most feared locations don’t always match with collisions data included in VicRoads’ official crash statistics, which are listed according to local government areas. There is some overlap in crowded areas, such as the City of Melbourne, where there were 73 crashes involving a bike in 2019, 15 of which were serious. However, Maribyrnong, Footscray’s LGA, recorded one of the lowest crash numbers, with five listed last year, of which just one was serious.

“Crashes and perceptions of unsafe spots, they largely don’t correlate,” CrowdSpot’s Anthony Aisenberg​, one of the study’s authors, said. “But how people feel is the major influence on their behaviour.”  Mr Aisenberg said feeling unsafe was the biggest barrier to increasing cyclist numbers. Mr Aisenberg said the project aimed to help governments, including 11 participating local councils and the transport department, identify which areas needed upgrading to encourage more cycling.

Locations where riders reported feeling most stressed were where bike paths and roads merge together.  “What the data really reinforces is that people want … to have physical separation from motor vehicles,” he said.