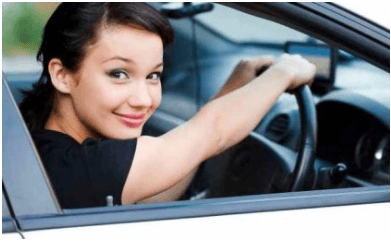 Taken from the The University of  Queensland Australia UQ News

An online driver training course developed by researchers at The University of Queensland has been shown to reduce speeding and improve driving ability. UQ School of Psychology’s Professor Mark Horswill, along with Dr Andrew Hill, Dr Lisa Buckley, and Associate Professor Marcus Watson, developed the program that teaches drivers how to identify hazards earlier to avoid accidents.

“The course contains video clips of genuine Australian crashes and near misses, and provides strategies for how to avoid these incidents,” Professor Horswill said.

“In typical driver training programs, drivers are unlikely to see even a single example of a crash. Our course contains video clips of over a hundred crashes, meaning that a trainee will have an opportunity to learn from more individual crashes than someone who has been driving for over a thousand years, given that the typical driver crashes once per decade.”

To determine the effects of the training course on real driving, the team conducted a study supported by the ACT Road Safety Fund.

Vehicles of young novice drivers were fitted with GPS trackers and dashcams to collect driving data for 18 weeks. After four weeks of driving, half of the study participants completed the course doing a weekly 30 minute session over six weeks. At the conclusion of a further eight weeks of driving the GPS trackers and dashcams were removed, and the control group was given access to the training course.

“With our initial sample of drivers, we found that the online driver training course significantly reduced the amount of speeding, measured over the 8-week period of driving following the course,” he said.

“We also found a reduction in over-revving and heavy braking, as well as better hazard perception ability, suggesting that the training course led to an improvement in driving style.

All these factors together – less speeding, improved awareness, and better driving ability – is likely to mean a reduction in crash risk.”

Professor Horswill said the results presented in the study should be regarded as preliminary, as the testing of more drivers is still ongoing.

“Our initial findings  suggest that the online training course was effective in changing everyday driving behaviour over a period of months, however further samples will allow us to verify these results.”

The course is available free online for both Mac and PC.

To see the online  Article.