Did you know the average Australian truck is 15 years old? And that more than 40 per cent of our truck fleet was manufactured before 2003?

Should these numbers be a concern?

Well, yes. Newer trucks come with greater safety technology and lower emissions, reducing the risk to the community they operate within. Worse still, however, is that these older trucks are often the ‘work horses’ for many of the mega building projects we’re seeing in the hearts of our cities.

Australia has more than $80 billion worth of infrastructure projects in the pipeline. Sydney Metro, for example, will require over half a million truck movements to transport excavated material over the life of its City and Southwest Project. Melbourne Metro will move a truck every 3½ minutes through the heart of Melbourne for 5 years.

These mega projects – be it airport, rail, new freeway or tunnel – rely on trucks. So, these projects could, as part of their contract requirements, stipulate that trucks working on the projects meet minimum age and safety standards. They can even stipulate driver competency levels and vehicle journey management.

But are we using this opportunity to really push for road safety improvements? 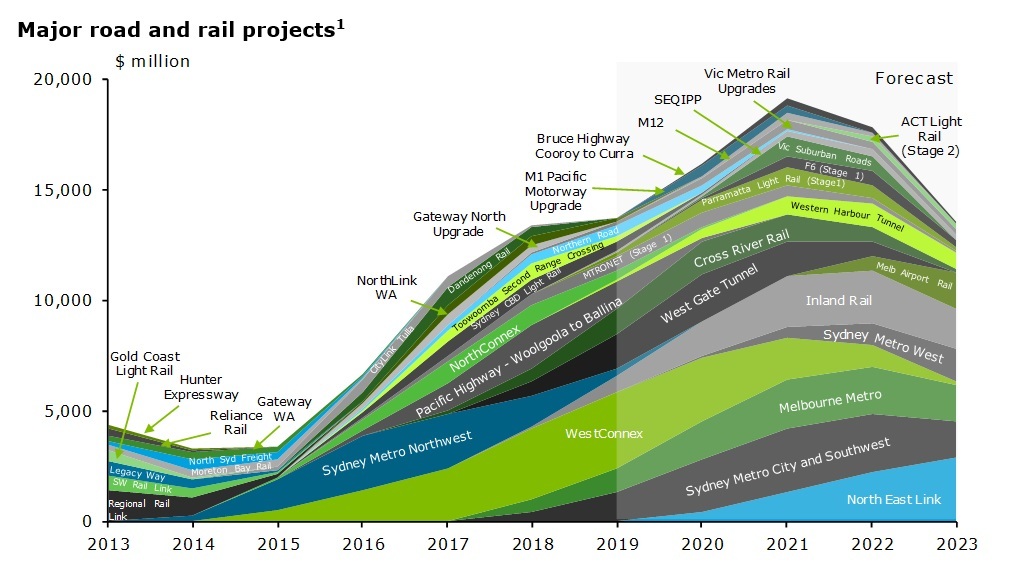 Have a look at the next Woolworths or Coles branded truck you see on the road. Only the latest and newest trucks are contracted to move their goods. The reason? Coles and Woolworths require it in their contracts, because they understand that their business depends on protecting their brand.

Nationally, there has been an outcry over our level of road trauma. The Australian Automobile Association labelled the past decade as a lost decade in the management of road safety. The long-term trends and projections for road deaths and hospitalised injuries all point upwards. The hope is for the new Commonwealth Office of Road Safety to help fill the leadership void and take the lead on road safety over the next decade.

But as with all road safety, it is about sharing the responsibility. Everyone needs to do their part. So how many projects receiving government funding that create a transport task stipulate road safety requirements in its contracts?

It can be done, and has been, both in Australia and internationally. NRSPP has been engaging with Sydney Metro and Melbourne Metro, for example. Sydney Metro, in particular, is willing to share its approach to help other projects.

And NRSPP has signed a Memorandum of Understanding with Transport for London (TfL) to adapt its Construction Logistics and Community Safety (CLOCS) program to Australia. TfL established CLOCS in response to the increasing number of vulnerable road user fatalities involving heavy construction trucks. CLOCS was based on research TfL commissioned to understand what was causing the fatal crashes and how to reduce them. CLOCS replaced 11 other standards and gave industry certainty on standards, training and investment when working on government funded infrastructure contracts such as the latter parts of the multi-billion-dollar Crossrail project.

The result was the Mayor of London, Boris Johnson, both championing and  investing in establishing CLOCS to reduce the risk through a combination of vehicle technology standards, driver training, route management and public education – all of which was built into its contract requirements.

Only one standard to meet

CLOCS was so successful that it has expanded across the UK, because industry called for it; having just one contract standard to meet is easier and more cost effective. The program has been so successful other counties who adopted it found a 47% decrease in collisions and complaints relating to construction heavy vehicles. It has also contributed to reducing the average age of construction trucks operating in London, which is estimated by TfL as 4½ years.

There are, of course, differences in the Australian and UK heavy vehicle transport systems. However, the evidence from the UK experience shows this approach is worth pursuing.

The glaring question is when will government seek to include road safety as part of contractual requirements in major infrastructure projects which it funds? Will a leader emerge similar to the Mayor of London? TfL viewed establishing CLOCS as a small investment in reducing risk to the community. While we wait to mandate these standards, Australian lives continue to be put at risk.