Rideshare drivers secure amendments that allow them to touch their mobiles 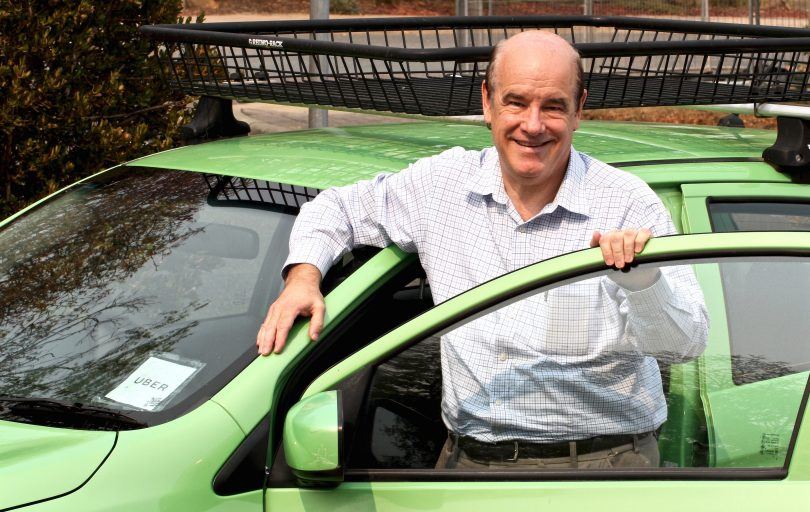 One of the first rideshare drivers in Canberra has ensured that the more than 2000 drivers in the ACT do not receive hefty fines for touching their mobile phones while driving.

When Uber driver John Burge noticed that the legality of touching his phone while on the job was “at best doubtful”, he contacted the Minister for Justice, Consumer Affairs and Road Safety Shane Rattenbury who checked the legislation.

As a result, on 20 December last year amendments to sections 299 and 300 of the Road Transport (Road Rules) Regulation 2017 were made by the ACT Government.

Mr Rattenbury responded to Mr Burge, saying, “The amendments clarify that rideshare, taxi and hire car drivers can use their mobile device as a driver’s aid (for example, a dispatch system) while the vehicle is moving if the information displayed is in relation to the transport of passengers.

Mr Burge told Region Media the amendments to the legislation were important to rideshare drivers’ business.

“My concern was that unless the car was parked, was it legal for us to touch the phone?

The fine in the ACT for touching your phone while in control of a motor vehicle is $480 or three demerit points. If the driver is using the mobile for social media or the internet, the fine goes up to $588 with a loss of four demerit points.

“The issue for me was, is it legal to touch our phones and are we at a risk of getting one of those massive fines, which could seriously affect our income and would be close to losing our licence?

“It was worse than being a grey area. I came to the conclusion that using a mobile phone while driving was likely to be illegal.”

Mr Burge said he was not aware of any rideshare drivers who had been fined for using mobile phones while driving. He had also never received a complaint from a passenger about accepting or declining rides while driving.

“Thankfully, I don’t have a great big list of complaints,” Mr Burge said.

“For the drivers, there was a very serious doubt of whether the very basics of doing our job and accepting rides while driving was legal.

“All it would take would be someone to say that the law doesn’t allow that for it to have an impact on a rideshare driver.”

Mr Burge has been driving for Uber since November 2015, when the company began operating in the ACT – the first state or territory in Australia to allow rideshare drivers to operate in the same way a taxi does.

He also convenes a weekly get-together of rideshare drivers who discuss the issues they face over an informal lunch.

Alongside Uber, there are now a number of rideshare businesses operating in Canberra such as Shebah (the female-only platform), Ola and Go Catch.

“My understanding is that there are about 2000 rideshare drivers in Canberra, with a smaller proportion being regularly active drivers,” Mr Burge said.

“I do it because I enjoy human interaction and meeting people and having some great conversations.

“Our operating costs are quite high and it’s really best viewed as a supplementary form of income, but I just love doing it and being an advocate for the many drivers we have out there helping people get to where they need to go.”