Is it okay to speed through a school zone? 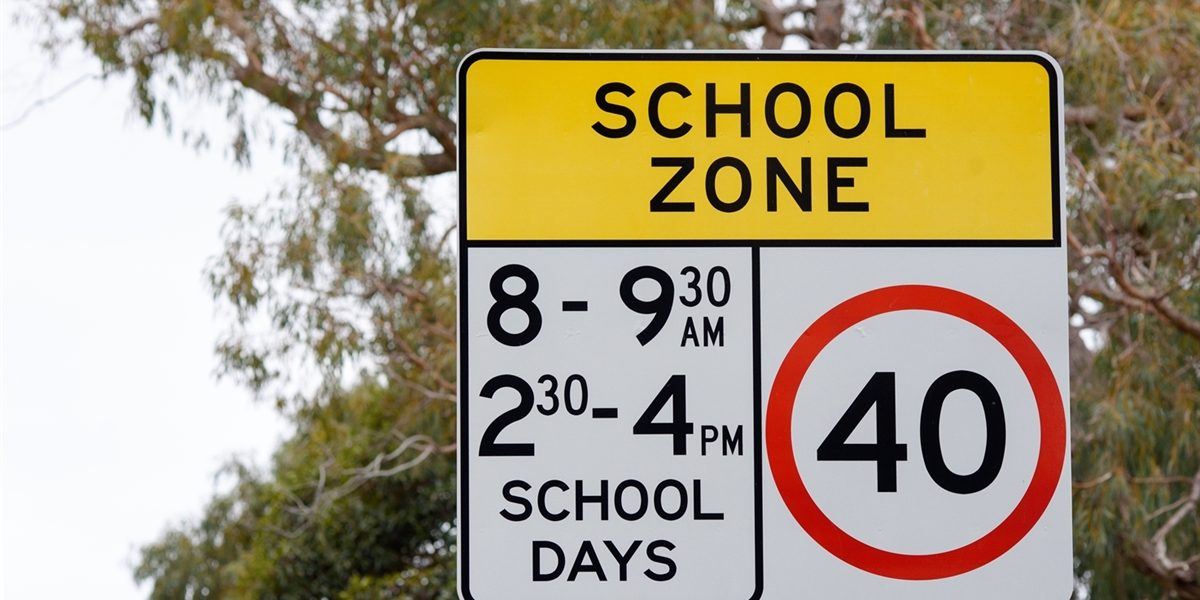 I hope the answer that springs to mind immediately is – HELL NO!!!

When you hear the term “school zone” you immediately know it’s zoned 40kmh because it is a high-risk area of the road. The simple reason is children congregate here, and children are our most vulnerable and ignorant road users.

As a result, traffic is slowed so that when a child is not paying attention or does something unexpected, like chase a ball across the road, you as the driver have more time to react. A vehicle travelling at 40kmh still takes 26m to stop, and should you hit a pedestrian the chance of a fatality is 30%. However, the 40kmh speed limit provides plenty of time for an alert driver to react.

The key point here is an alert driver.

A recent survey of 1000 Australian adult drivers discovered an alarming attitude towards texting on a handheld device. Nearly 40% of drivers said it’s acceptable to respond to a text while driving at 40kmh. By comparison, only 13% said it was acceptable to check the phone while stopped, and changing the song of a playlist was only okay with 10% (thankfully just over 38% viewed any of these behaviours as unacceptable).

This data also indicates some road users won’t respond to texts at high speeds, but the same practice becomes acceptable at a lower speed.

Is this because the risk of harm is now lower? That’s fine if you’re the driver. But for vulnerable road users, like children and other pedestrians, speed makes a huge difference.

Speed really does matter. And so does the driver being alert and able to react.

The survey results reflect that the road safety issue here is the texting driver has failed to recognise they are part of a system is designed to keep everyone safe. Their choices and actions have consequences, and texting while driving significantly increases their risk of a crash.

To put it into context, a text message that takes 10 seconds to type is the equivalent of driving 111m essentially blindfolded. Something I don’t think any driver would otherwise choose to do.

Lower speed zones are in place to account for predominately higher risk areas of incidents, mainly with VRUs, not to provide a focal area for drivers to respond to texts.

Interestingly, the insurer’s survey also showed 32% of drivers identified tougher penalties as a deterrent from texting while driving, and another 21% the use of mobile detection cameras.

Hopefully road users will decide, just like drink driving, texting can wait until you’re out of the car. Is it really that important?

The “Using a mobile phone while driving: Australian survey 2020” was conducted by insurer Budget Direct.

For further information or any questions about how to cite this information, please contact Yacine Khouzami at [email protected]

This survey was conducted by Google Surveys on behalf of Budget Direct in January 2020. All figures are from this research unless stated otherwise. The survey was conducted online with a total sample size of 1,000 weighted and representative of all Australian adults (aged 18+).