The World Day of Remembrance for Road Traffic Victims – 17 November

Today is the United Nations World Day of Remembrance for Road Trauma Victims – 1.3M deaths & many more serious injuries worldwide each year. It’s vital we take this day to reflect on these incomprehensible statistics.

In Australia alone we have 1,200 deaths & 40,000 serious injuries every year – and each & every one is violent, traumatic, & so devastating to so many mothers and fathers, brothers and sisters, sons and daughters, extended families, workplaces, first responders, friends & neighbours….

Our hearts go out to all those affected as we at the College, together with all of our members, continue to strongly support everyone’s leadership & work Towards Zero.

Since the adoption of the World Day of Remembrance for Road Traffic Victims, pursuant to General Assembly resolution 60/5, the observance has spread to a growing number of countries on every continent.

The Day has become an important tool in global efforts to reduce road casualties. It offers an opportunity for drawing attention to the scale of emotional and economic devastation caused by road crashes and for giving recognition to the suffering of road crash victims and the work of support and rescue services.

In 2008, remembrance services and other related events were held in such countries as Argentina, Australia, Brazil, Brunei Darussalam, Canada, India, Japan, Mexico, Nigeria, the Philippines, South Africa, Uganda and the United States, and almost every country in Europe.

Why Do We Mark International Days?

International days are occasions to educate the public on issues of concern, to mobilize political will and resources to address global problems, and to celebrate and reinforce achievements of humanity. The existence of international days predates the establishment of the United Nations, but the UN has embraced them as a powerful advocacy tool. 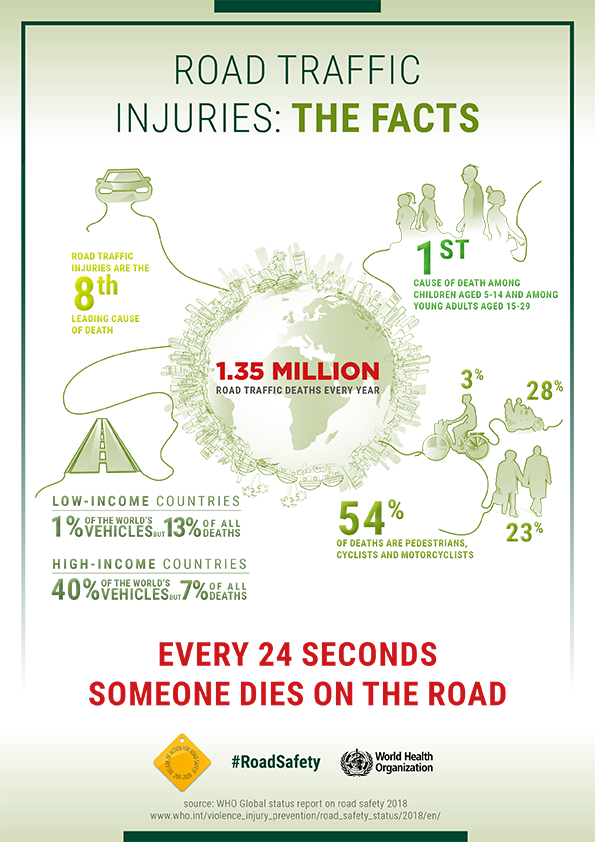