Study finds nearly half of shared e-scooters being ridden illegally 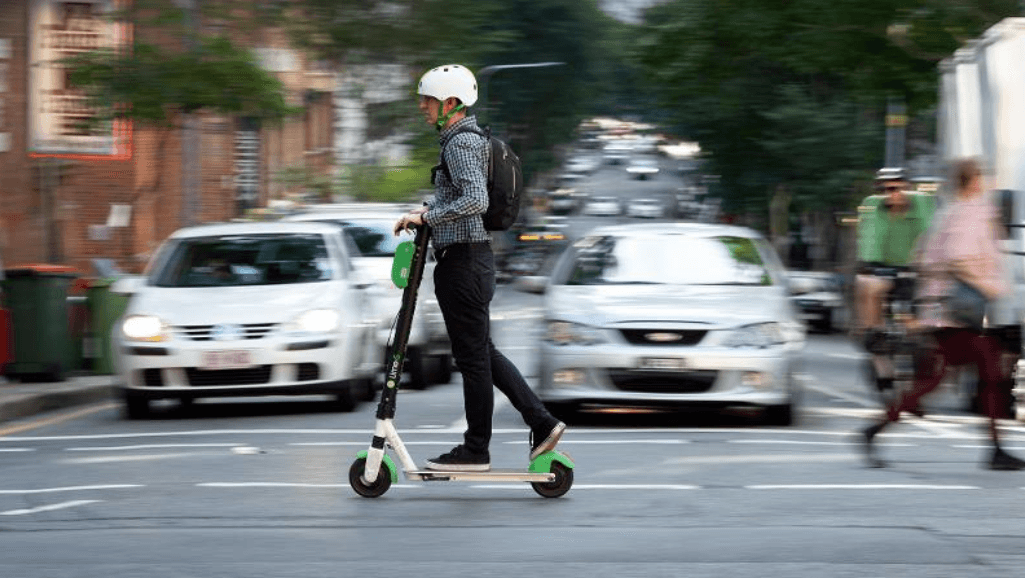 This article can be found on the CARRS-Q website

A QUT observational study of electric scooter riding in central Brisbane has found nearly half of shared e-scooters were being ridden illegally.

The research has identified the need to ensure that helmets were available for shared e-scooter riders, and called for further research into whether bicycle helmet standards are adequate for e-scooters.

Professor Narelle Haworth, from QUT’s Centre for Accident Research and Road Safety – Queensland (CARRS-Q), has published the results of the study in The Medical Journal of Australia.

In the study, the researchers counted passing scooters and bicycles at six locations around central Brisbane for four days and for six hours a day. 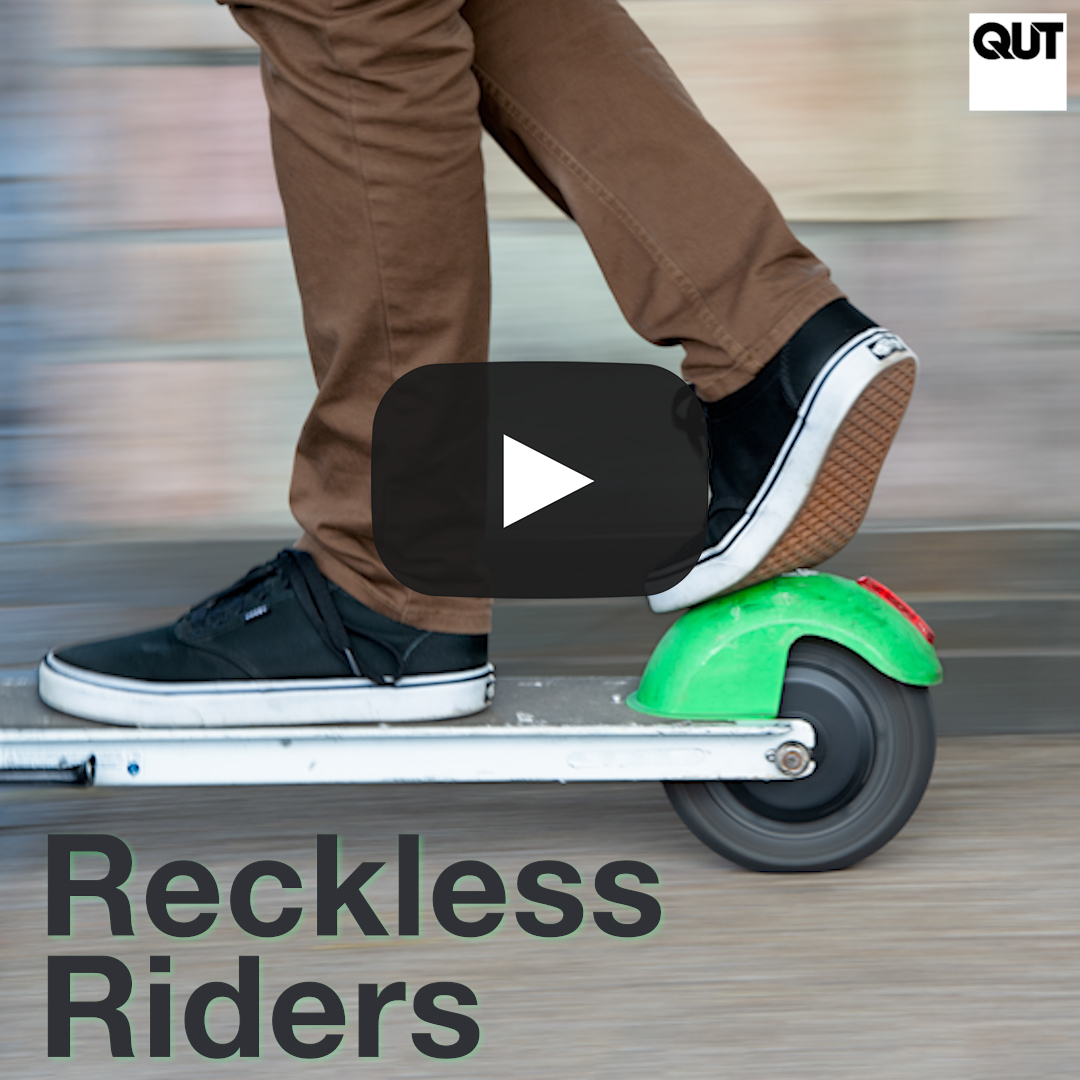 The researchers recorded 785 e-scooters, 90 per cent of which were Lime shared scooters and 10 percent were private scooters.

Of the e-scooters observed during the four days, 45 per cent were being ridden illegally because either the rider was not wearing a helmet properly, riding on the road or carrying a passenger.

The most common illegal behaviour by people riding shared e-scooters related to the use of helmets, with 39 per cent either having no helmet or wearing a helmet that was not properly fastened.

The researchers noted a clear difference in safety practices between people who rode private e-scooters and those who rode scooters from a sharing scheme.

That trend was echoed by the study’s observation of bike riders, with 98 percent of private bike riders wearing their helmet correctly compared with 81 per cent of shared-scheme bike riders.

Professor Haworth said dockless e-scooter sharing schemes had emerged in the United States in the past two years, and there were more than 10 e-scooter companies now operating in more than 100 cities across 26 states.

Lime, one of the biggest e-scooter companies, received a permit from the Brisbane City Council to operate in November last year, and there were more than 500,000 trips in the first three months.

“While the e-scooter share schemes are popular, there are concerning reports of escalating emergency presentations due to e-scooter injuries to both riders and pedestrians,” Professor Haworth said.

“It is unclear whether the rules appropriately address the safety risks for riders and pedestrians.

“In their submission to a national working party investigating the safety of innovative vehicles, the Royal Australian College of Surgeons and the Australian Injury Prevention Network identified 134 Lime scooter riders attending Brisbane hospitals in the first two months of this year.

“Among the 109 people where injury information was available, 27 per cent had limb fractures, and 14 per cent had some sort of head injury.”

The significant factors identified in the injuries were non-use of helmets, speeds exceeding 30km/h and alcohol use.

Professor Haworth said while Lime issued helmets with all of its e-scooters when the scheme started, media reports indicated that many shared e-scooters in Brisbane had no helmets with them when the study was conducted.

“Further research is needed to investigate whether the current bicycle helmet standards are adequate for e-scooters.”

The study found that more than 89 per cent of shared e-scooter rides in Brisbane were carried out by adults, with nearly nine percent by teenagers and the remaining one per cent by children. About three quarters of shared e-scooters riders were male.

The observational study was conducted between Monday 18 February and Thursday 21 February, about four months after Lime received a permit to operate a dockless e-scooter sharing scheme in Brisbane. The researchers observed the riders from locations on Ann St, Adelaide St, Eagle St, William St, George St and Albert St.