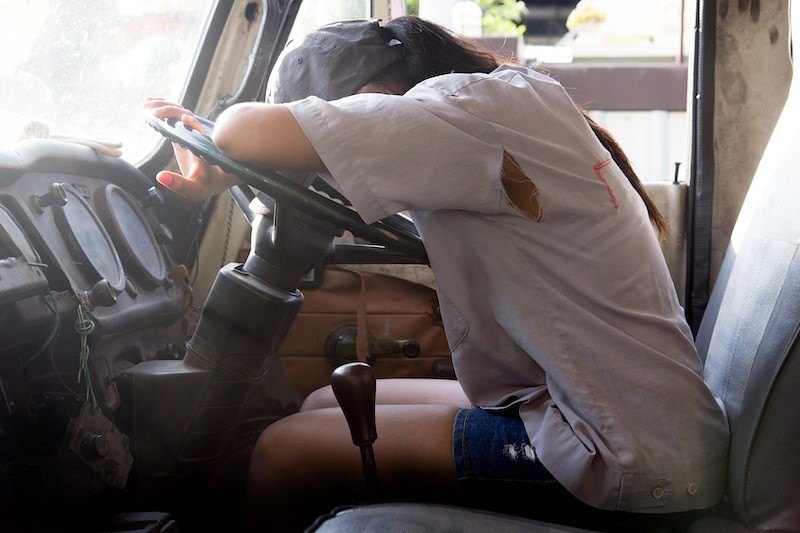 The National Transport Commission (NTC) and the Cooperative Research Centre for Alertness, Safety and Productivity (Alertness CRC) has released the results of a world-first study into heavy vehicle driver fatigue.

Spokesperson and Theme Leader for the Alertness CRC Associate Professor Mark Howard said the research involved a study of more than 300 heavy vehicle driver shifts both in-vehicle and in a laboratory, as well as 150,000 samples of retrospective data. ‘We found that slow eye and eyelid movements, longer blink duration and prolonged eye closure are reliable predictors of drowsiness and fatigue’, Associate Professor Howard said.

‘This is critical new evidence that will ultimately help to decrease heavy vehicle fatigue risk at a time when the nation’s freight task is expected to double by 2030’, Dr Miles said.

The Alertness CRC conducted the research as part of a wider collaboration including the NTC, the Australian Government, Transport for NSW, Austin Health, Monash University, the Institute for Breathing and Sleep and the heavy vehicle industry. The summary report of the key research findings are available here. 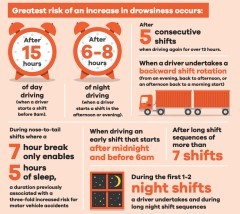 Fatigue management tips for truck drivers – What the research says

Greatest alertness levels can be achieved under current standard driving hours for shifts starting between 6 am – 8 am, including all rest breaks.