Fleets say electric vehicles will become “dominant” in next 10 years 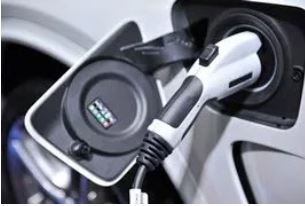 Electric vehicles are expected to become dominant in 89% of fleets before the end of the next decade, according to a new study by Geotab.

Almost half of today’s surveyed fleets (46%) in the UK have no electric vehicles but nine out of 10 UK-based fleet managers expect them to play a dominant role in their company’s fleet before 2028.

According to the study, government incentives (48%), improvements in charging infrastructure (48%) and an improved selection of models by vehicle manufacturers (32%), are the leading motivators in the transition to a fully electric fleet.

The majority of fleet managers (88%) also anticipate the government to bring in regulations regarding the implementation of EV fleets – similar to the ‘Road to Zero’ initiative.

With sustainability top of mind, one in six respondents agree that the main benefit of electrification is the environmental impact.

“These survey results help to demonstrate that the government’s call for an EV future is not something businesses are taking lightly,” said Edward Kulperger, VP Europe at Geotab.

“With most fleet leaders looking to have a fully EV-dependent fleet over the next few years, it’s no longer a question of if, but rather how soon a complete overhaul can take place.

“Based upon the outcome of this survey, it’s clear that businesses and fleets feel they now need additional government initiatives and smart updates to critical infrastructure across the UK. If this can be made a priority, as a nation, Geotab is confident that the UK can take a spot as one of the most innovative global leaders trying to help push the widespread adoption of green transportation in the coming years,” he added.

The research, conducted by Censuswide on behalf of Geotab, was a UK-wide study of 250 fleet managers. The majority of those surveyed are in charge of fleets of over 25 vehicles, which range from passenger cars, vans and also trucks.