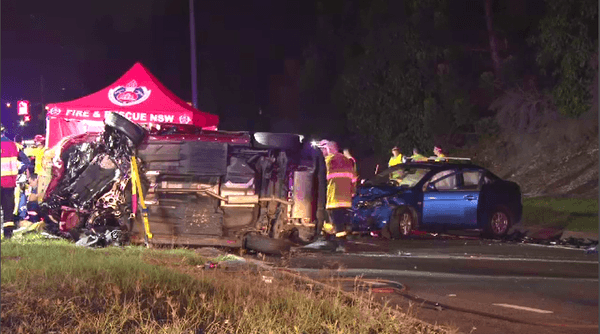 Authorities’ pleas for caution on Australian roads appear to have fallen on deaf ears, with the national road toll this Easter long weekend rising for the second year in a row.

By the end of the Easter long weekend last year, 12 people had lost their lives as a result of crashes on Australian roads, which was an increase from 2016 when eight people died.

This year, at least 13 fatalities have been recorded from crashes across the nation.

New South Wales and Queensland were the two states with the highest numbers of road deaths over the four-day weekend, with four people dying in crashes in each state.

Three people died in a single-vehicle crash in the Northern Territory on Easter Saturday, while Victoria and Western Australia each saw one person die in motorcycle collisions over the weekend.

South Australia and the ACT recorded no fatalities over the four days.

One of the more shocking incidents occurred in Sydney’s southwest on Good Friday when a 26-year-old male driver crossed to the wrong side of a road and collided with seven other vehicles, killing one person and injuring 14.

NSW Police allege Robert Crowley was driving a blue Commodore that killed an 18-year-old passenger in a Kia Sportage being used as a ride-sharing vehicle around 7.15pm.

In NSW alone, 7750 drivers were also detected speeding over the four-day break, 355 major crashes were recorded statewide and, of 280,947 breath tests conducted, 294 charges were laid for drink-driving, according to a police statement.

The figures come after Federal MPs on both sides of politics and motoring authorities urged motorists around Australia last week to drive cautiously over the break, calling for a “fatality-free” Good Friday.

Prior to the long weekend, the national road toll stood at 188 people so far this year, which Deputy Prime Minister Michael McCormack said had motivated the Federal government to act.

“We all know just how tragic these sorts of events can be in our communities,” he said.

“Road safety is a national problem and matters to every single community.

“These 144 projects will fix some of the most notorious areas in the country and I am glad to announce approximately half the total funding is allocated to Black Spots in regional areas.”

As part of the government’s 2018-19 Black Spot Program, 80 danger areas in NSW will be focused on, 36 in Queensland and 28 in Western Australia.