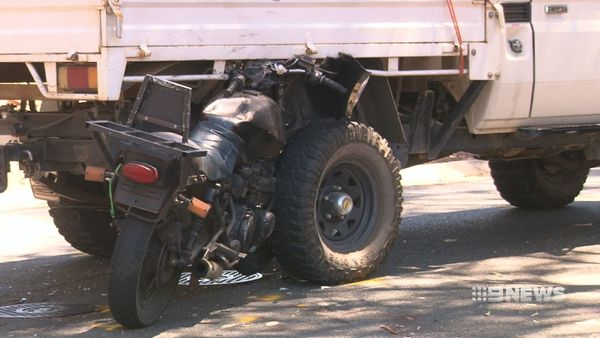 One man is dead and another is in a serious condition in hospital after two horror motorbike crashes in Adelaide’s north in less than 30 minutes this morning.

A 48-year-old Mount Pleasant man is dead after his motorbike slammed into the back wheel of a ute on Black Top Road at One Tree Hill just after 10am.

The rider had just overtaken several cars and was attempting to pass the ute.

As the ute’s driver turned into a side road, the motorbike collided with the vehicle and became wedged between its back wheel and the ute tray.

The man’s family told 9NEWS that he dearly loved his wife and children and will be remembered for his dedicated service to the Royal Australian Air Force.

Less than half an hour after the deadly collision, another motorbike rider hit a tree just two kilometres away on One Tree Hill Road.

The 47-year-old motorbike rider from Burton was flown to Royal Adelaide Hospital in a serious but stable condition.

He has suffered multiple fractures.

The two crashes have prompted SA Police to urge caution for motorbike riders.

“If you’re riding a motorcycle, please just be aware of your surroundings and don’t take those risks, because you are more vulnerable,” Sergeant Lovell said.

The crashes come just two days after the South Australian Government announced plans to overhaul motorbike licencing laws in an effort to stop the carnage on the state’s roads. 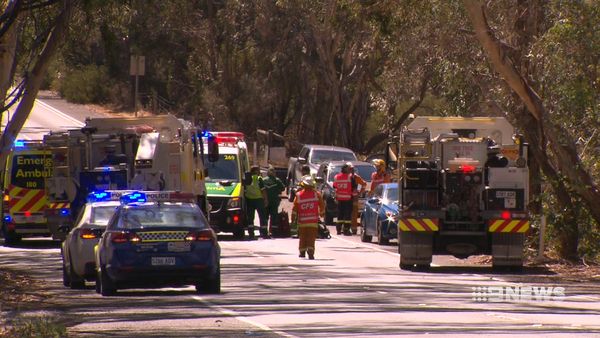