More than half of British motorists expect their main car to be electric within the next five years, according to a major new survey.

The poll of 1,000 car owners was conducted to mark the launch of Total EV – the go-to website for all things EV and hybrid.

And the results highlight the incredible pace at which Brits are being switched on to the benefits of mains-powered motoring.

However, the survey also showed that there are still barriers to ownership and that the Government and automotive industry has work to do to convince every motorist. Problems cited include the cost of vehicles (27%), lack of charging infrastructure (22%), driving range (20%) and lack of knowledge (21%).

Businessman Daniel Green, the founder of Total EV, said: “The world is moving away from petrol and diesel to electric. The public wants it, the Government wants it, and the environment needs it. But where are the manufacturers and how and when should drivers get involved? There are confusing offers, bewildering charging options and genuine anxiety around range, depreciation and when to jump in.

“Total EV is the one-stop shop people can go to for answers and to express their views.”

He added: “This survey confirms what we already suspected – that Britain has woken up to the benefits of electric driving. The industry needs to wake up fast.

“There are already 110,000 plug-in cars across the country but as technology and infrastructure improves over the next few years and more manufacturers enter the marketplace offering more choice to consumers, we expect to see a transformation in the number of EVs on Britain’s roads.

“This is the biggest thing to happen to motoring since Henry Ford.”

James Baggott, Editor of Total EV, added: “There are huge benefits to owning an EV and with every new model that appears on our roads the interest grows. With so many manufacturers launching electric models things are becoming more competitive and prices are falling.

“This is a great time for motorists to start thinking about buying an electric car and Total EV will help guide their decision making.”

For more information about this survey and Electric Vehicles, visit www.totalEV.com.

In the context of autonomous vehicles

In the context of autonomous vehicles, these findings indicate support for the 2 Revolutions (2R) scenario, as suggested by the Institute for Transportation and Development Policy.

This refers to one of three possible future scenarios for the implementation and adoption of AVs, where these findings rule against a business-as-usual scenario in which through to 2050 there remains continued use of vehicles with internal combustion engines at an increased rate. 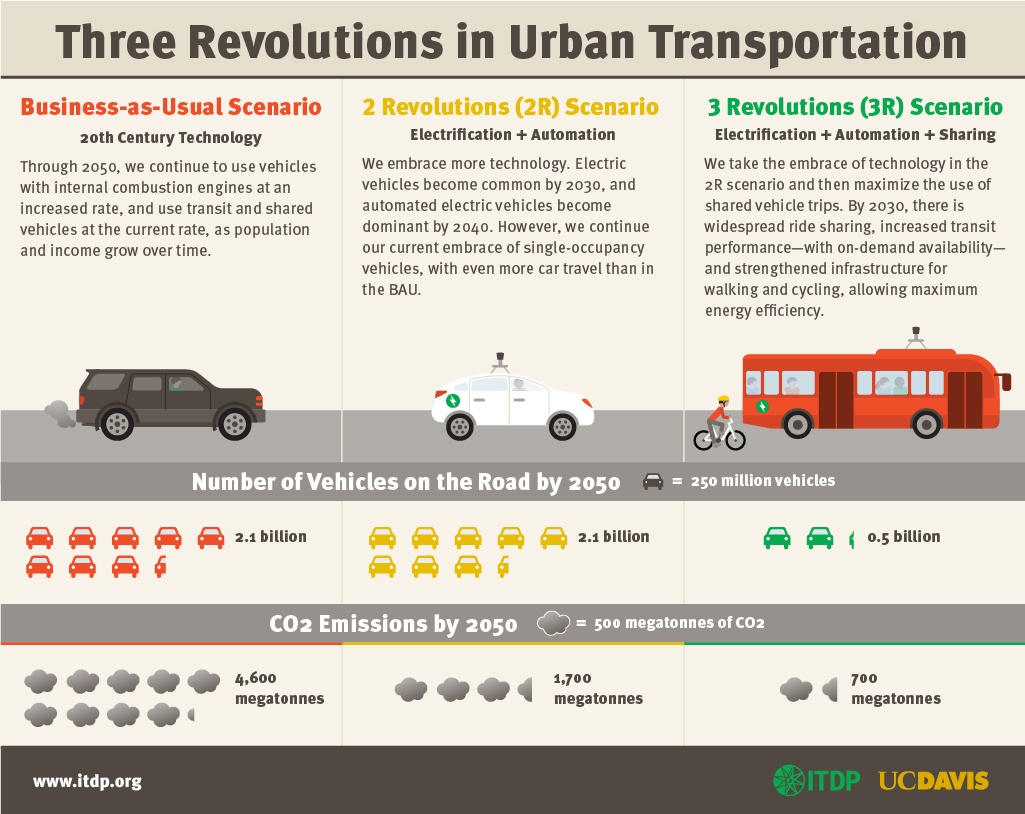