What a difference 100 years makes: Ford marks centenary of model TT commercial vehicle that paved way for the transit 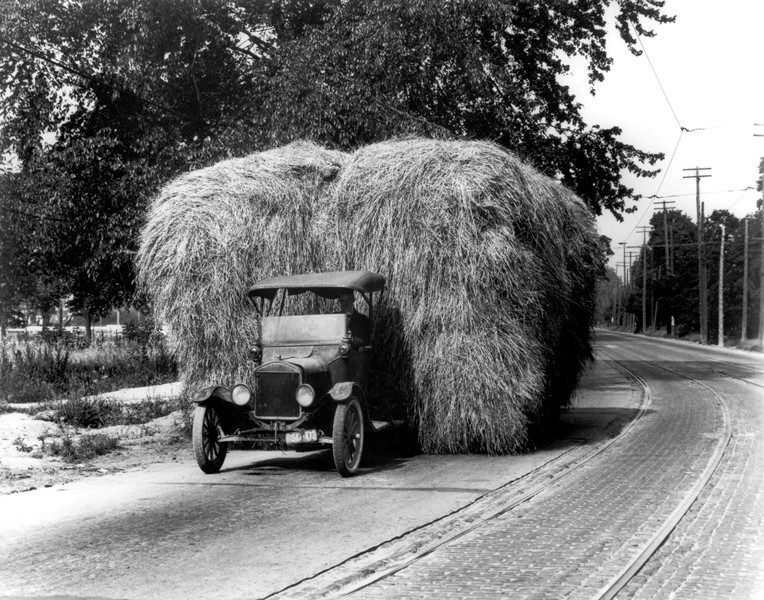 • Based on iconic Model T car, one-tonne Model TT was longer and stronger, with room for two

BRENTWOOD, Essex, August 17, 2017 – You’ve heard of the Ford Model T, but how about the Model TT? Though less well-known, it also had a big impact – as the forerunner to the modern day van and pickup, including today’s Transit.

First launched 100 years ago, in 1917, the Model TT was Ford’s first purpose-built one-tonne van. Owners could customise the chassis with a cargo bed to transport everything from letters to fuel – just as they can today in the 2017 Ford Transit Custom. The Model TT was first launched in the U.S, and later built at Ford’s Trafford Park factory in Manchester.

The Model TT van was longer and stronger than the Model T car, with a cab that could seat one driver and one passenger. The engine was started using a cranking handle on the front. For a smoother ride, customers could choose modern air-filled rear tyres instead of solid rubber.

“It is amazing that while in some ways today’s vans are a million miles from the Model TT in how they have come on, they fundamentally do the same job as they were designed to do 100 years ago – providing a flexible means of keeping businesses on the move,” said Hans Schep, general manager, Commercial Vehicles, Ford of Europe.

A new study, which explores the use of brand words in the British dialect, reveals that the British public now commonly uses the word “Transit” as a generic term for van. The study of 2,000 consumers, conducted by Census Wide, reveals that almost a quarter used the word “Transit” to describe a typical van, and that 46 per cent of Brits believe that a “Transit” refers to a specific size.

Later this year Ford is launching 20 new plug-in hybrid (PHEV) Transit Custom vans – that reduce local emissions by running solely on electric power for the majority of inner-city trips – on a 12-month trial in and around London.

Among those taking part in the trial are the Metropolitan Police and British Gas, which will allow both Ford and the city of London to explore how electrified vans can contribute to cleaner air targets while boosting productivity for operators in urban conditions. The Transit Custom PHEV van is planned for commercial introduction in 2019, part of Ford’s $4.5 billion investment into electrified vehicles by 2020.