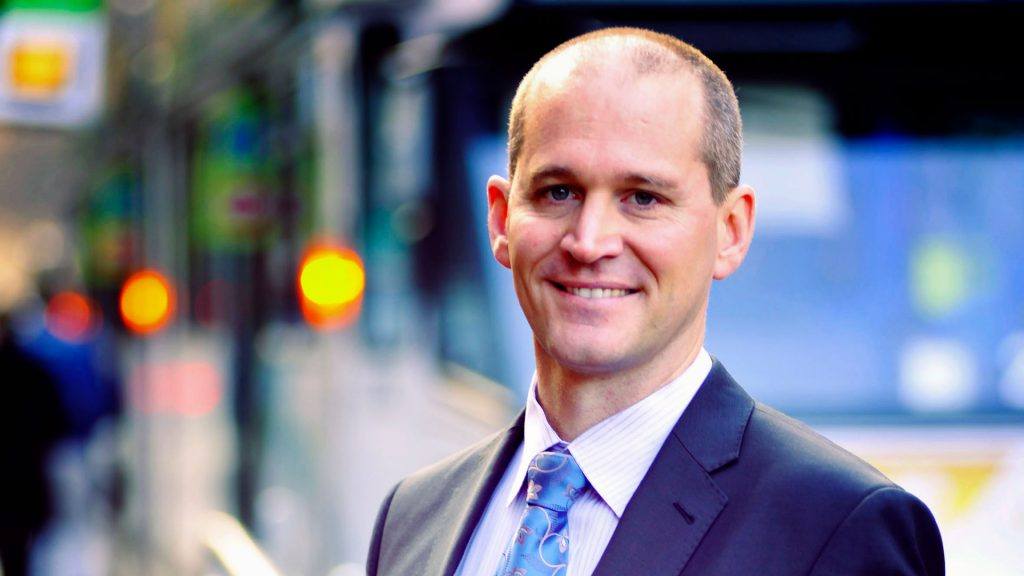 This Q&A was originally published here.

With transportation among Australia’s deadliest industries, it’s pivotal we all learn about some of the root causes and potential solutions in order to tackle the issue head on. Jerome Carslake, Manager of the National Road Safety Partnership Program (NRSPP), joined us recently to shed some light on the statistics.

The NRSPP is a government funded organisation offering a collaborative network for Australian organisations to build and implement effective road safety strategies in the workplace. Jerome has been managing the program since its launch in 2014 and is proudly hosted by the Australian Road Research Board (ARRB).

27 per cent of all worker fatalities are directly due to vehicle collisions, but that number represents a halving of the figure from 2007. What do you think the reduction is due to?

It might be because work sites and organisations are now recognising the vehicle as a workplace. In doing so they’re taking more active ownership and control of the risks around the vehicle.

So in some cases it’s not actually driving around getting hit by other vehicles. One of the main ways to improve road safety is standardising the same approach to how you reduce risk in the office or around plant machinery to how you manage safety in your vehicle.

Overall, 65 per cent of all worker fatalities involved a vehicle. Is this sort of figure surprising to people in the industry?

It stuns them, a lot of people are really surprised. Some organisations treat vehicles like a workplace and others have no idea. They have systems in place at the worksite, but as soon as workers jump in a vehicle, they have nothing. All that matters to the organisation is does the driver have a license – not do they know how to drive the vehicle or the type of vehicle.

One insurer I know gave me an example. He rocked up to a site and went through this big induction process. He then had to cross the site floor, following a line and wearing a hi-vis vest and hard hat, to get to the meeting office.

He was talking to this organisation and their fleet managers about their risk prevention in this area because that was where their crashes and accidents kept taking place.

He realised they had no vehicle fleet safety procedures in place at all. So this guy’s like, “Hang on, so where all your costs and instances are you have nothing in place, yet look at what I had to go through just to have a meeting?”

Is it likely, due to the danger and unpredictability of driving, vehicle fatalities will always form the majority?

The NRSPP hosts the Utilities Forum, where utilities companies collate data around their operations and draw on national data sets. In the last decade the electricity, gas and water sector only had six deaths, five of which were vehicle related.

For organisations within these sectors, managing the risk ‘on the job’ is the easier part. As soon as the workers are driving you rely entirely on what sort of system the organisation has developed to protect the driver.

You can do everything in your power to protect your workers, but then some third party can come through and wreak havoc.

82 per cent of collisions involving cars and heavy vehicles are the car driver’s fault, so how do you tackle heavy-vehicle safety on our roads? Is a more general approach needed?

I appeared on a panel last year where I was asked what technology needs to be put on trucks to reduce the carnage on our roads. I pointed to that statistic and said you can put as much technology as you want, if 80 per cent of crashes are caused by cars it won’t make that much difference.

We need to create a more courteous driving culture out there, everyone’s always rushing to get from A to B with the attitude my time’s more important than yours.

People see a gap in front of a truck and think great I can squeeze in there, but they don’t realise the truck driver needs that space to stop because mass is a hell of a thing and otherwise they‘ll unintentionally use that car as a speedbump.

Should driver assistance technology be a focus of government and corporate safety initiatives?

There are two sides to it. 90 per cent of crashes are caused by driver error, so automation, lane assist and other technology will help reduce that figure, but then what happens when they change to a vehicle without the technology?

It’s a huge risk, because people get lazy, they get accustomed to it. How are fleets supposed to safely transition into automated vehicles, with drivers using vehicles with and without the technology?

The feedback we get is that drivers get used to the new technology, then there’s this spike in crashes when they drive another vehicle. All the senses get dumbed down, so it becomes a very difficult question.

The transport, warehousing and postal fatality rate per 100,000 workers has reduced by almost 10 points in only three years. Is the industry headed in the right direction?

Management working alongside workers has given greater incentive for feedback because employees see things changing. Managers of leading companies spend time out on the road with their drivers experiencing what it’s like at the coalface.

There’s less of the ‘ivory tower’ approach going on, which used to be a real problem. There’s been a greater focus on working with drivers and learning about how we can incorporate safety into the system.

It’s not token anymore – it’s widely recognised that a safer workforce is a much more productive one.