A university design student has come up with an innovative way to deliver a sobering drink drive message to young people as part the 2017 Re:act project.

Lucy Boehme created the ‘Give your liver longer’ road safety message, focusing on creating awareness around how long the body takes to process alcohol.

Re:act is an annual behavioural change project that aims to make 18-25 year olds consider their actions by increasing awareness of the dangers they may face on the roads. Now in its second year, the 2017 Re:act brief challenged students to communicate the ‘morning after’ message, asking young people to consider if they should be getting behind the wheel the morning after drinking heavily or late into the night.

Lucy said she was now looking forward to getting some real industry experience, working with Hard Edge to develop her campaign before rolling it out on campus during O-Week. 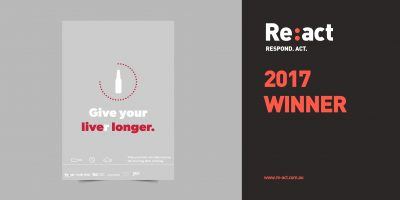 “I personally haven’t had any formal industry experience before and I feel that will be so valuable,” she said. “I’m really looking forward to working with people who have had more experience – doing some more real life stuff.”

Hard Edge started the Re:act initiative in 2016 in collaboration with Swinburne University and with support from several organisations with a passion for road safety, including the Transport Accident Commission, RACV, Transurban and ARRB Group, which coordinates the National Road Safety Partnership Program. As part of an ongoing commitment to the project, representatives from each organisation judged yesterday’s presentations. 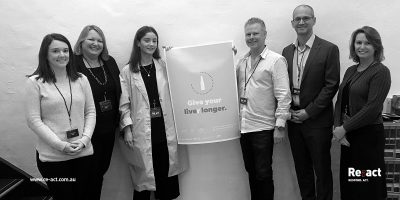 “The standard of the key messages students created and the ideas about how to communicate those messages, which ranged from light-hearted approaches and using Tinder to more serious whole-of-population messaging, were impressive and made choosing the winner a close call,”

Hard Edge Managing Director Andrew Hardwick said. “Feedback from students and industry partners indicates Re:act has been valuable for the students and from a road safety point of view. We’re proud to have been able to create this initiative to help give students real life experience and, from a community perspective, do something that has a positive social outcome.”

Swinburne Lecturer Andrew Kean agreed the ideas and messaging presented were of a high standard, with students approaching the Re:act campaign as an opportunity to gain real world experience.

“The students embraced the project from the point of view of it being an issue affecting people their age, as well as the fact there were industry partners involved,” he said.

“Submitting their proposals at the project’s half-way point, and getting feedback from the industry partners – the independent experts if you like – was enormously valuable to the exercise as well as a great learning experience.”

For more on Re:act, visit www.re-act.com.au and below is lead poster for each of the student’s campaign 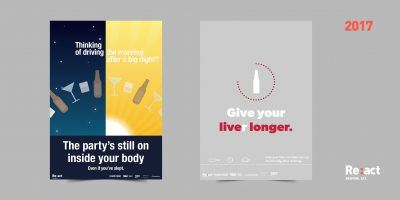 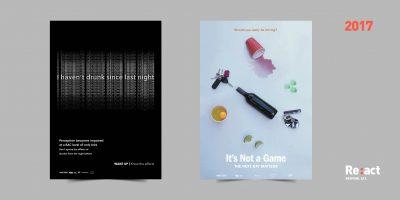 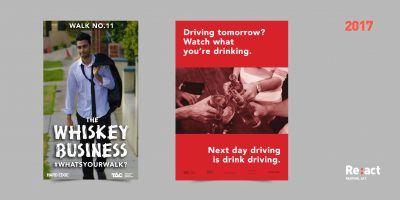 ‘Give your liver longer’ – a sobering ‘morning after’ drink drive message for young people
www.re-act.com.au