Unnecessary use of fog lights and illegal modification of headlights a serious concern in the region, causing momentary blindness, dazzling of oncoming drivers, a serious road safety hazard

During 2013, RAAG received many comments from Heavy Vehicle [HV] drivers of a proliferation of HID modified fog lights and headlights, research and consultation with QPS revealed HID headlights require self levelling devices, these were not being fitted, and at the same time, many motorists were modifying fog lights, or using high intensity fog lights unnecessarily and illegally.

A decision was made to produce education commercials to alert motorists and auto electricians of the problem, and if the problem continues to request a serious QPS campaign, to have errant motorists prosecuted.

RAAG asks motorists using fog lights unnecessarily, or illegal headlights to consider they are dazzling HV drivers, including tanker drivers several times each trip, this can be for many seconds, resulting in the Heavy Vehicle travelling hundreds of metres with a dazzled driver.

RAAG was successful in 2014 with funding from Department of Transport and Main Roads Community Road Safety funding grant, this funding was used for an intensive Television, Radio, Social Media campaign, with numerous radio, newspaper stories and television interviews, with the commercials being shown state-wide on news broadcasts. 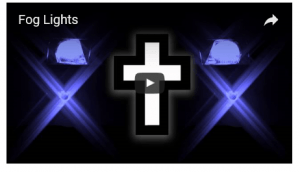