Bike riding in the ACTis an increasingly popular activity, both for recreation and as a viable mode of commuting to work. Recreational cycling increased 25% over the last census period (2001 to 2006)and the ACT also maintains one of the highest rates of cycling to work of all Australian capital cities at 2.7%–the ACT Government aims to increase this to 7% by 2026. It appears that this is a realistic target-weekday cycling count undertaken by Roads ACT between 2005 and 2009 showed an increase of almost 100% at both on-road and off-road locations. Unfortunately, crash statistics show that cyclists continue to represent a disproportionate number of crash casualties–in the ACT, approximately 7% of all road user casualties cyclists. As the number of people cycling continues to increase, there is concern that more cycling casualties will occur. Improvements to cycling safety are needed in the ACT. The purpose of this project is to identify a strategy to promote safer cycling and safer interaction between cyclists and other road and path users throughout the ACT, to help achieve the government’s goals to reduce road trauma rates.

Stage 1, involving a review of relevant literature and an analysis of crash data, was undertaken to identify key issues related to cycling safety in the ACT.

There is a large pool of research available on cycling safety. One reason for this may be that the proportion of accidents involving cyclists tends to outweigh the proportion of people that are cycling–particularly in cities with low levels of cycling compared with other transport modes, such as Canberra. A range of studies has looked at the characteristics of bicycle crashes to try to understand the risks associated with cycling and how they can be reduced. These include the overtaking behaviors of drivers, crash characteristics at intersections, levels of road rule knowledge and compliance, perceived levels of safety of cycle lanes, and cyclist visibility, among many others-common themes being the interaction between motor vehicles and cyclists. A number of recommendations based on infrastructure, education, and safety campaigns have arisen from such studies. These include improving cycling skills, speed management, improving clothing and visibility, increasing knowledge of bicycle maintenance, education through line-marking, regulation and enforcement, awareness campaigns, and improving police reporting.

With this background in mind, GTA Consultants sourced bicycle crash data for the last available five-year period from ACTPolice and The Canberra Hospital. Five consecutive years of Police data (2005 to 2009) and hospital data from 2001 to 2003 and 2006 to 2007 was obtained. The data was sorted, double checked for accuracy and assessed by a data analyst. Due to discrepancies in the data, no attempt was made to link police and hospital data in this study–a total of 728 crashes involving a bicycle as recorded in Police data and 505 bicycle crashes recorded in hospital data were isolated for detailed analysis of crash patterns. This analysis revealed a number of findings, including

Stage 2, involving local community and stakeholder engagement, was undertaken to further explore the issuesidentified in Stage 1.

Three moderated workshopswere conducted with community representatives, followed by a workshop with relevant stakeholders. Astructured discussion format was used in all groups to allow forcomparisonbetween views, with theinformation obtained used to guide the development of initiatives in Stage 3. Key themes included awareness, education and cyclist competency, law enforcement, mutual respect between all road and path users, and inadequacies in cycling infrastructure. 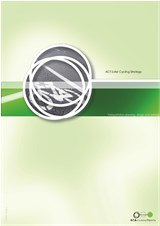